The National Széchényi Library (NSZL) of Hungary became actively involved in alleviating the difficulties caused by the humanitarian disaster in the aftermath of the war. On 9 March 2022, a fundraising campaign was launched among the staff, and from 16 March onwards, readers and local residents could also participate. As a result of the fundraising, sixty-seven boxes of non-perishable food, sanitary products and bottled mineral water were delivered to the national coordination centre of the Hungarian Interchurch Aid.

Since 21 February 2022, the NSZL has been continuously collecting news about the Russian–Ukrainian conflict and the war as part of its web archiving tasks. Considering that the war may threaten the availability and even the survival of the digital culture in or related to the Hungarian language in Transcarpathian region, the National Library has made the archiving of this web content a priority, with greater depth, scope and frequency than before. The number of websites backed up now stands at 1,370 sites. Some of the collected content will be made publicly available, depending on legal possibilities, while the rest will be available for consultation and research within the NSZL network. In all cases, the metadata is public. The web harvesting undertaken so far is complemented by relevant content from other online sources, primarily social media.

The staff of the Hungarian Library Institute and the National Library of Foreign Literature operated by the NSZL are in constant contact with Hungarian librarians in Transcarpathia. Based on the information received from them and other sources, a weekly update on the situation of libraries in Ukraine is released and is publicly accessible at the following link.

The national library, together with the Móra Publishing House, the Nova Hvylja Association, the Petőfi Cultural Agency and the Alföldi Printing House, released 1,500 copies of the Ukrainian translation of the Hungarian folk tale collection Ribizli a világ végén [Ribizli at the End of the World], which have been distributed to refugee children with the help of the Prime Minister’s Office, the Ministry of Human Capacities, government offices and various humanitarian organisations. The book launch took place on 11 April in the form of a rich cultural event, with the participation of Dr. Zoltán Fürjes, Deputy State Secretary for Church and National Relations of the Prime Minister’s Office, and in the presence of refugee families. 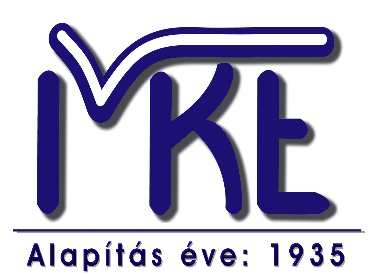 Where Can refugees arriving in Hungary turn to Hungary for help?

Eblida’s partner, NewsGuard, informs us that the following pages

The role of libraries in Ukraine during the war situation

News on the Russian-Ukrainian conflict

Compiled the governing board, sections and members of the Association of Hungarian Librarians